Microsoft studies the impact of video calls on health: “your brain needs breaks” 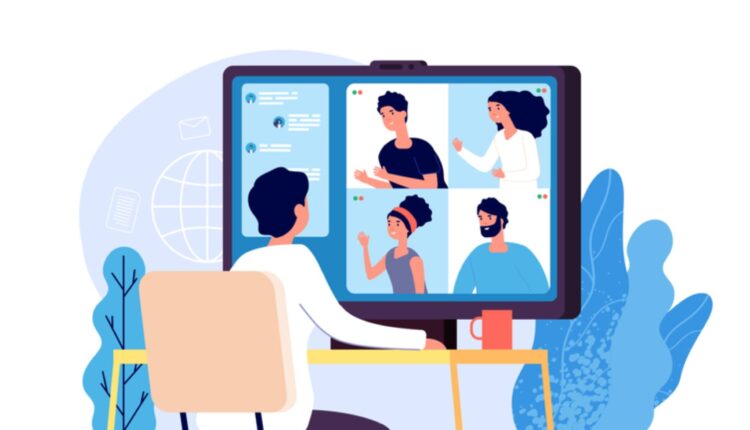 More than a year ago, meetings by Zoom, Google Meet, or Teams went from being a matter of a few to a massive communication tool. To talk with family, friends or keep in touch with co-workers from a distance. On the phone or through the computer, they are constant.

Microsoft wanted to evaluate the impact that this digital activity has on the health of our brain. The results are not going to surprise anyone, video calls create a lot of stress. Although we are sitting at home and most of the time we talk with known people, video calls leave us exhausted.

Other studies indicate the same effects, it is what has been called Zoom Fatigue. Tiredness and boredom associated with constant and endless meetings over the internet, as described earlier this year in IFLScience by Dr. Paul Penn, from the East London University School of Psychology.

Microsoft, for its part, has fitted 14 people with an EEG cap to monitor their brain activity during these telematic meetings. The 14 participants attended eight half-hour video calls, divided into four per day: one day with 10-minute breaks between them and the other all in one block.

The results of the study indicate the importance of taking breaks. During the block of meetings without breaks, people showed higher levels of beta waves, which are associated with stress, anxiety, and concentration. These are the three conclusions that Microsoft researchers have reached:

To assess whether people are engaged or distracted during the meeting, the researchers study a brain wave pattern known as frontal alpha asymmetry that consists of the difference between the activity of left and right alpha waves in the frontal area of ​​the brain.

Microsoft assures that the participants with breaks one showed a positive asymmetry, compared to those who did not take breaks.

This study takes a very small study population and, as Tech Crunch indicates, EEG readings are not the most accurate measure of stress, but they are more practical than using an MRI machine. Still, the results reflect something that many other studies have pointed to, symptoms that most people blame for months.

The researchers advise taking breaks during and after each telematic meeting and not dedicating that time to continue working on other tasks. ” Try not to use those five or ten minutes to do some other kind of work, ” says Bohan. It is better to do breathing exercises, physical stretching, walk or drink some water, disconnect as much as possible from work to come back more clearly.

This type of study can be used to create new functions in work tools such as Microsoft Teams. The company is committed to a hybrid future, between face-to-face work before the pandemic and teleworking that has been imposed this last year.