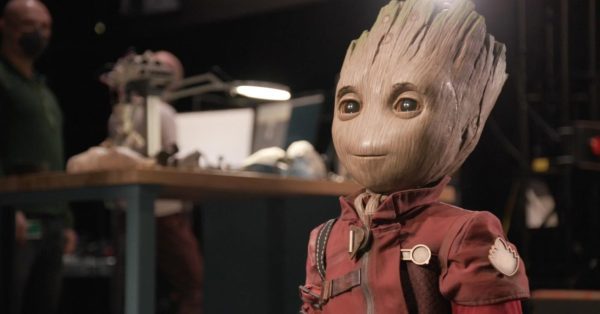 At times it looks like computer animation, but it is not. Disney has made great strides in developing its bipedal robots.

Disney’s R&D labs, commonly known as its Imagineering team, does some extremely impressive — and expressive — things with robots. It’s made of mechanical stunt doubles, lifelike alien Na’vi, and, uh, this skinless weirdo. But the company’s latest creation looks like it quite literally walked out of a Disney movie. It’s a bipedal Groot that can amble about tether-free. As Disney’s Pinocchio would put it: he’s got no strings to hold him down.

TechCrunch’s Matthew Panzarino has the low-down on this robotic milestone for Disney. It’s part of the company’s long-term efforts to develop autonomous robot actors for its parks, says Panzarino, under the codename of “Project Kiwi.” The company’s engineers spent years creating their own free-standing bipedal robotics platform to power Groot, and Panzarino — who got to see the robot in person — came away impressed with their efforts.

The Gait is |Smooth, the Arms Swing in a Lifelike Manner, and the Feet Plant Realistically”

“The gait is smooth, the arms swing in a lifelike manner, and the feet plant realistically. The body sways exactly as you’d expect it. There’s no other way to say it, it’s ambling,” he writes of the robotic Groot. “The pint-sized character has accurately rendered textures on its face, hands, and feet. It’s dressed in a distressed red flight suit that you may remember from the films. And its eyes are expressive as it looks at me and waves.”

What Disney has done stands up to the output of any industrial or academic lab (pun intended). Engineers have been working on bipedal robots for decades, but their creations are generally too unreliable or brittle to operate in the real world. Honda’s path-breaking Asimo robot was retired in 2018 without ever leaving the lab, while Boston Dynamics’ Atlas can leap and backflip but only if there are ample crash mats in its vicinity.

“I Wouldn’t Expect to See This in The Wild Soon”

To be clear, Disney’s Project Kiwi isn’t ready to do a meet and greet at Walt Disney World just yet. As Panzarino reports: “I wouldn’t expect to see this in the wild soon, there is still a lot of work to be done on the way that Kiwi works and interacts with people and WDI does not have immediate plans to put it in the parks.” But it’s still looking pretty darn close.

TechCrunch notes that the robot has only a single cable to deliver live instructions, as well as a 45-minute battery life and built-in speakers for interactions with nearby humans (though in Groot’s case, the dialogue options are surely limited).