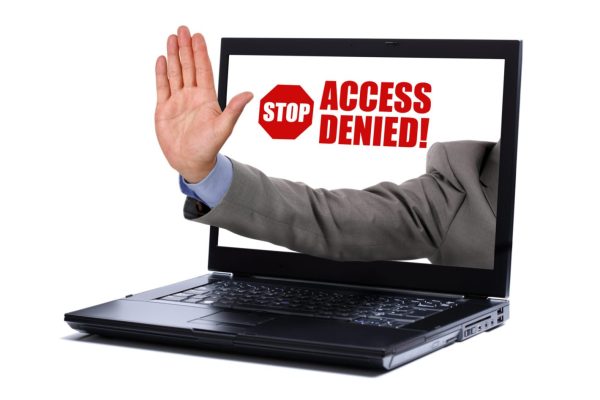 As you probably know, the internet isn’t free everywhere: in some countries, people are met with blocks when accessing sites the government doesn’t approve of. Thankfully, there are ways around these blocks, and you don’t even have to be particularly tech-savvy to use them.

We probably don’t need to tell you this, but if you’re in a country that limits freedom of expression enough to restrict the internet, you need to be very careful when circumventing any blocks. There could be electronic countermeasures in place or even physical ones. As has happened in Myanmar and Russia, police could stop you on the street to check your smartphone. Please, be careful and keep safe.

To figure out how to get past online censorship blocks, let’s first take a look at how they work. Right now, you’ve opened a connection from your device to your internet service provider (ISP), which in turn is connected to  IP address.

To block our site, you would somehow need to cut off access from your ISP to our IP address. That’s how Chinese censorship works: It simply blocks traffic to any IP addresses that have been flagged. These flags can be for any number of reasons, some are because sites have content considered subversive by the authorities, while others offer gambling or pornography.

If diverting your connection in the way we described above sounds like something you’ve heard before, you’re probably already familiar with proxies. These little apps—usually simply accessed through a website—will reroute your connection through an IP address so as to make you appear in that location rather than your own.

Proxies are great for passing a regional block on YouTube or something similarly innocuous. However, for something a little more serious like passing a censorship block, using a proxy is a very bad idea indeed. The connection usually isn’t secured in any way and you can very easily be tracked—claims from proxy providers notwithstanding. Whatever you do, don’t use a proxy to get past blocks. There is, however, one exception to the “no-proxies” rule, namely a protocol called Shadowsocks. Though it also doesn’t protect the connection the same as other proxies, it’s less easy to detect than one thanks to it disguising itself. Where a regular proxy can easily be detected by most blocks, Shadowsocks is an HTTPS connection, thus tricking the detection system.

Shadowsocks was developed by a Chinese programmer and it’s widely used there to get past the Great Firewall. There’s no question it works. However, if you’re having any trouble with it or you’re worried about active searches for proxy traffic, you may want to escalate your block-busting by using a VPN.

Virtual private networks are powerful, though slightly overhyped security tools that can help you evade censorship blocks and remain safe while doing so—on paper, at least. VPNs not only reroute your connection, but they’ll also encrypt it through a so-called VPN tunnel, which prevents anybody from seeing what you’re doing.

For most people, most of the time, VPNs are the best way to get around censorship blocks, but they come with some downsides. The biggest is probably that they cost money, even the cheapest ones out there will set you back $5 to $10 per month, which is more than some people can afford.

The other issue is that you can’t always be sure whether the VPN you have is a good one: the marketing madness surrounding them rises in pitch every few months, it seems.

As we alluded to above, VPNs aren’t bulletproof—for one, police could simply check your phone for VPN software—as well as being possibly too expensive. One method of bypassing censorship that is harder to detect, as well as being free, is to create an SSH tunnel to a trusted server outside of your country and access the internet through that.

The downside is that you need some tech-savviness to set up an SSH tunnel. We have a full guide on how to use SSH tunneling that will get you on your way, though. If you have the equipment and knowledge necessary, this may be the best option yet.

Besides the methods above, there are other ways to get around blocks, but these usually require some more specialized technical knowledge or some extra setup, as is the case with changing your DNS server or using Tor. Decentralized VPNs are another promising technology. However, as these services are still in their infancy, we wouldn’t quite risk using them yet.

However, to repeat our earlier point, there is an inherent risk when getting around government blocks. Torrents who get caught risk a fine, but some repressive governments may have a much worse penalty for you if you’re caught circumventing censorship. If unsure, it could be better to not take the risk and wait for better days. Whatever you decide, we hope you stay safe and those better days come soon.