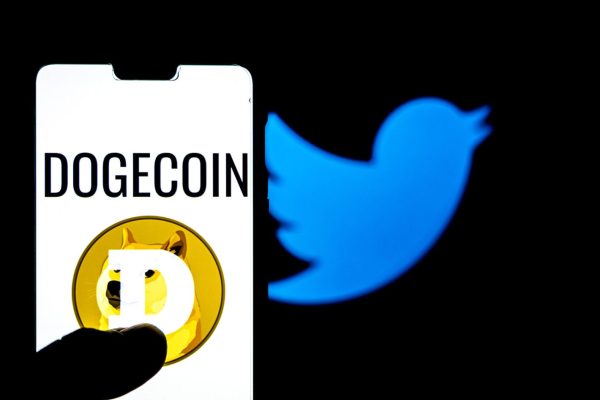 Kathmandu, Nepal - February 10 2021: Dogecoin logo on a smartphone aganist twitter logo in the background. Dogecoin's value has spiked after Elon Musk tweeted multiple times about it.

Last May, when the Dogecoin price hit an all-time high of $0.72, the cryptocurrency’s devoted fan base hoped that the upcoming arrival of Dogecoin fan Elon Musk on ” Saturday Night Live” would shoot the meme coin’s value “over the moon.” The Tesla founder still invokes it often.

Dogecoin is down over 90% since Elon Musk’s SNL appearance

In the year since its price has dropped back to Earth. As of this writing, DOGE is currently valued at a little over $0.06, down nearly 91% from before Musk appeared on SNL on May 8, 2021. Musk performed a series of monologues and skits that referenced Dogecoin, often mockingly that night.

In the program’s signed “Weekend Update” sketch, Musk admitted when pressed by members that Dogecoin was a “hustle.” The coin began to plummet in value in real-time as the show aired, dropping more than 20% in value in an hour. So many people tried to offload crypto during the SNL airtime that the Robinhood trading app was overwhelmed by the Dogecoin trading volume.

After a summer of big losses, Dogecoin stabilized around $0.25 last fall. Since then, it has depreciated slowly but steadily, falling below $0.10 in the last month. Dogecoin is widely considered the first “meme coin,” created as a joke in 2013 by Jackson Palmer and Billy Marcus to poke fun at the plethora of altcoins (non-mainstream cryptocurrencies known to fluctuate wildly in value) flooding the market.

The meme coin quickly caught the interest of billionaire Elon Musk, who began tweeting – ironically, he claimed – about the coin. During 2020 and the first months of 2021, Musk’s joking tweets about Dogecoin regularly sent its price skyrocketing. During this time, the coin also attracted an avid fan base, known as the Dogecoin Army, whose stated goal was to send the price of the coin “on the moon” or $1 higher.

Many people thought that Musk’s appearance on SNL would do the trick. It didn’t happen, and a year later, the coin is still on a downward spiral. This is despite the fact that Musk continues – without such irony – to tease the integration of Dogecoin into major companies for his purposes.

Just a few weeks ago, Musk announced that SpaceX, like Tesla, would soon accept Dogecoin as payment for goods. Recently, he also came up with the idea, after acquiring Twitter, to add Dogecoin as a payment method on the platform.

Both announcements spurred a spike in Dogecoin’s value but were ultimately short-lived. As the price of the coin continues to fall, Musk may soon face the possibility of sending a man to Mars rather than sending DOGE to the moon.