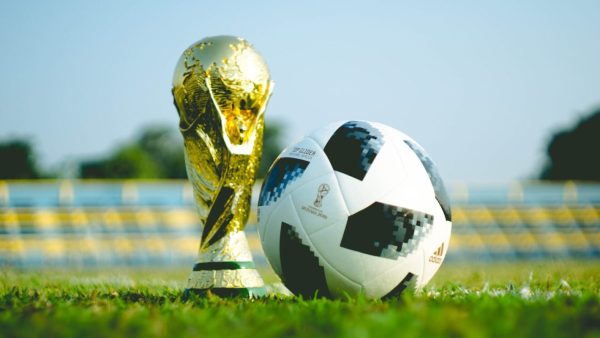 World Cup 2022 takes place in Qatar from November 20 to December 18; 32 teams compete in eight groups; England faces Iran on the second day of the tournament while Wales faces the USA; Wales vs England on November 29.

The 2022 World Cup in Qatar kicks off on Sunday, November 20 at the Al Bayt Stadium when the hosts take on Ecuador in Group A.

The tournament was originally set to begin a day later with Senegal’s game against the Netherlands at Al Thumama Stadium but Qatar’s match was moved forward to allow them to open their home tournament.

England will now feature on the second day with their Group B match against Iran scheduled to take place on Monday, November 21 with a 1pm UK time kick-off. The game is just eight days after the Premier League shuts down

After qualifying via the playoffs, Wales’ first game will also be on Monday, November 21.

What is The World Cup Group Draw?

The 2022 World Cup will begin with 32 teams in eight groups of four:

When will the matches kick-off?

Kick-off times for the final round of group games and knockout-round matches will be 6pm and 10pm local time (3pm and 7pm UK time).

The World Cup in 2022 is the top of the world in soccer that will be held in November and December 2020 in Qatar, which will host the tournament for the first time. This is the first time in history that the World Cup, which usually takes place in the months of May-July, was not held in these months due to the extreme weather in Qatar during these months. 32 national teams from around the world will participate in the World Cup in 2022, under the conditions of Qatar. The host of each World Cup automatically qualifies for the tournament.

The choice of Qatar as host drew criticism and allegations of improper voting. According to reports in several reputable media outlets, a former FIFA official from Qatar paid over five million dollars to the organization’s officials to ensure that Qatar would win the hosting of the World Cup. Qatar and FIFA denied the reports.
The World Cup will be held in eight stadiums in five different cities in the country.

The next World Cup, which is expected to take place in 2026, will be held in three different countries – the USA, Canada, and Mexico.