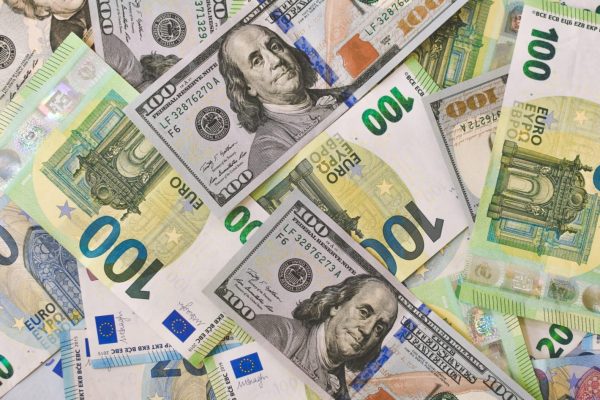 Inflation in the eurozone is expected to have hit a new record high of 10.7 percent in October, according to the bloc’s statistics body Eurostat.

It predicts that prices for food, alcohol and tobacco, non-energy industrial goods, and services will all be up on the numbers for August and September when annual eurozone inflation was forecast at 9.1 percent and 9.9 percent respectively.

Energy prices were again the main drivers of inflation, with a 41.9 percent year-on-year rise, compared with 40.7 percent in September and 38.6 percent in August.

Italy saw the biggest monthly increase in prices, with inflation jumping from 9.4 percent in September to 12.8 percent in October.

More than half of the eurozone countries recorded double-digit inflation rates in October, including Germany (11.6 percent), Belgium (13.1 percent), and the Netherlands (16.8 percent). France showed the lowest rate, at 7.1 percent.

Inflation in the UK, meanwhile, surged back up to 10.1 percent in September, the same figure recorded in July which at the time was a 40-year high.

The Office for National Statistics reported that food prices were creating the biggest upward contribution, at an annual rate of 14.6 percent.

Every corner of the continent is facing rising prices, with Europe’s expected economic bounceback from the coronavirus pandemic being hampered by a number of factors.

Here is a look at the inflation rate in each country in Europe: 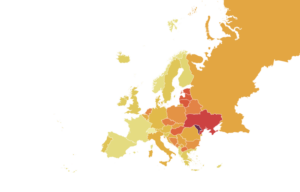 The Baltic countries continue to be the hardest hit. Estonia, in particular, is experiencing the highest levels of inflation in the eurozone, at 22.4 percent in October compared to 6.8 percent a year ago.

But Estonians can breathe a very small sigh of relief this month, as inflation slightly eased compared with September, when it reached 24.1 percent, and August, when it was at 25.2 percent.

Inflation in Lithuania also hit 22.0 percent, while in Latvia it dipped slightly to 21.8 percent.

The euro zone’s inflation is up from 7.4 percent in April, as Europeans continue to see soaring energy and food prices fuelled in part by Russia’s war in Ukraine

Following in the footsteps of its counterparts in other parts of the world, in July the European Central Bank  (ECB) raised interest rates for the first time in 11 years by a larger-than-expected amount, as it targets stubbornly high inflation.

This was followed by another record rate hike in September, raising new questions about whether the rush to make credit more expensive and keep inflation in check will plunge major economies into recession.

On October 27, the ECB raised interest rates again, hiking its deposit rate by a further 75 basis points to 1.5 percent – the highest rate in more than a decade.

Europe and much of the wider world were already being hit with soaring energy prices – which contribute to inflation – before Russia’s invasion of Ukraine in late February.

The conflict has exacerbated the energy crisis by fuelling global worries it may lead to an interruption of oil or natural gas supplies from Russia. Moscow said in September it would not fully resume its gas supplies to Europe until the West lifts its sanctions.

The prices of many commodities – crucially including food – have also been rising ever since COVID-19 pandemic lockdowns were first introduced two years ago, straining global supply chains, leaving crops to rot, and causing panic-buying in supermarkets.