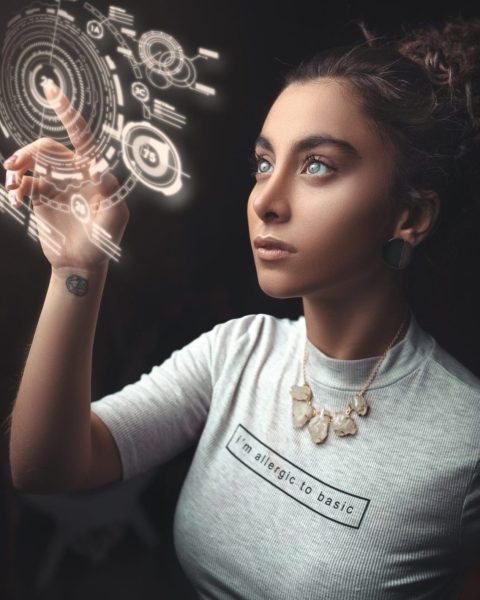 Digitization is often connected to the intangible. Software, programs, apps, data — these all exist in the ethers of the internet. But it’s impossible for us mortal, earth-bound humans to access all of this digital data without hardware. Fortunately, tech hardware trends no longer manifest themselves in the restrictive form of a desktop computer.

The growing “internet of things” (IoT) has led to an explosion of different hardware formats in recent years. You can find this everywhere from laptops to mobile phones, smartwatches to tablets, and cars to refrigerators. Of course, this is an ongoing evolution, with more inventions appearing all the time. Here are three of the most fascinating tech hardware trends to watch out for right now.

The concept of smart glasses has been buzzing around for years now. In fact, stories — not just of smart glass use, but even addiction — have been around for nearly a decade. And yet, accessibility to this cutting-edge wearable tech has remained elusive to the larger public.

It seems that those days of inaccessibility may be drawing to a close in the not-too-distant future. Reports claim that Apple, Facebook, and Amazon are all racing to come up with their own versions of wearable AR hardware. Production schedules are very much in flux thanks to the pandemic. Nevertheless, we may be able to see a purchasable version of the hardware sometime in the next couple of years.

Even before it becomes commonplace, the technology is already being repurposed for more targeted and beneficial uses. XRAI Glass has officially launched a set of smart glasses that help deaf people see conversations in real-time. This technology is turning conversations into captions in an instant. That way, a wearer can see the conversation in front of their eyes, making communication infinitely easier.

While smart glasses have been a long time coming, it seems that their debut to the larger public will be more than just entertaining. It may be life-changing.

Implantable Devices are on The Immediate Horizon

Neuralink is another revolutionary piece of tech hardware that could create a lot of change. While still in development, this neurotechnology solution seeks to use implantable brain-machine interfaces to help those with physical disabilities perform previously-impossible tasks.

“The way to think of the Neuralink device is kind of like a Fitbit or an Apple Watch,” says cofounder Elon Musk. “That’s where we take out sort of a small section of skull about the size of a quarter, replace that with what, in many ways really is very much like a Fitbit, Apple Watch, or some kind of smartwatch thing.”

If it proves successful, Neuralink could be the next step in personal tech hardware. Implantable tech is poised to take the potential of smart glasses to all new levels.

Both AR and VR are still in their infancy, with more and more hardware appearing each year.

EY’s global chief innovation officer, Jeff Wong, speaks to the potential of this tech market, “We already have products like high-resolution virtual reality headsets to provide an immersive view, two-dimensional treadmills to simulate the act of walking in a virtual environment, and haptic feedback gloves that allow us to ‘move’ and ‘feel’ virtual objects. I have no doubt these cornerstone products will continue to improve, their capabilities will expand, and prices will fall.”

As Wong is hinting, there is a lot more to AR and VR than popping on a pair of smart glasses.

In fact, one of the reasons Apple’s smart glasses aren’t out quite yet is because it’s thought that the Silicon Valley tech giant’s highly anticipated AR/VR headset will show up on the market first. This should feature Apple’s signature quality feel. It’s rumored to have ultra-high-resolution screens as well as epic cinematic speakers. It may even sport a trendy fabric exterior.

Competition in the AR/VR Space is Intensifying

While Apple may be a trendsetter, though, the company isn’t the only presence in the AR/VR game in 2022.

Facebook has also generated a lot of buzz over its latest VR headset, the upcoming Oculus Quest Pro. Along with improving the overall experience, the headset will be able to use face and eye tracking to match facial expressions. The set was also recently rumored to be very similar to the one Apple is trying to get to market.

While AR glasses are the favorite for the next wave of consumer-accessible AR/VR hardware, standalone VR headsets remain a close second. The question is, will Apple’s upcoming set be able to carve out a portion of the market that the Oculus brand dominates?

The Fitness Tech is Homebound

Home fitness hardware has been a growing area of the health and wellness market for years now. However, the shift to a remote-heavy lifestyle during the pandemic helped to supercharge this evolution.

Two years later, a slew of health and fitness-focused tech hardware solutions are arriving — and many of them are rewriting how home fitness looks and feels.

Leading the charge is a wave of smart home gym equipment. This includes everything from smart bikes and ellipticals to wall-mounted workout screens. Fitness mirrors are one of the more popular products recently. The reflective screens mount on the wall and provide oversized access to a host of different live-streaming workout options.

And, of course, the creative combination of tech hardware trends and fitness doesn’t stop there. The home-focused health and wellness IoT has also created internet-approved rowing machines, fitness trackers, and boxing gloves. FightCamp even has a full-blown home boxing gym that features cutting-edge punch-tracking technology.

Fitness has been a focus since before the time of the Spartans. And yet, it’s never been easier to access tech hardware solutions to get the most out of each and every session.

New Possibilities are Coming to Light Every Day

From convenient smart glasses solutions to immersive VR experiences to rewarding home-based fitness gear, the IoT is expanding each and every day.

Software is typically in the spotlight. However, the sheer number of new tech hardware trends that come in its wake is eye-popping. It’s a tech revolution that is impacting everyone around the world. It no longer matters how, where, or when we’re living the life that best suits our schedule.