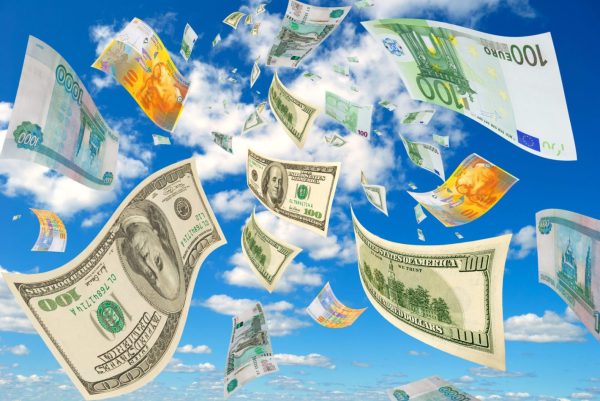 The deformed banknotes of different countries against the blue sky.

What is it about September that gets everyone believing it’s the worst time for the stock market? Is there actually anything concrete behind the idea, or did it just start out as a myth that now impacts market sentiment in a very real way that nobody understands?

Let’s take a look at the “September effect” so you can decide how much weight to give to the concept with your own trading. Whether you want to buy stocks in the dip or hedge against your other investments with derivatives during this time, it’s best to use a trusted and regulated broker to be sure you have the best services and a reliable platform for your trades.

There Are A Few Reasons For That

There are a few reasons why some people believe this happens, although nobody really knows, one of the most widely discussed is the impending change in seasons where investors hope to sell off their losing holdings and cash in at the end of summer. The suspicion is that the majority of investors are returning to work from vacation and giving their portfolios a fresh start.

Another assumption is that many mutual funds looking to harvest tax losses and cash in their worst performers will generally do so ahead of their fiscal-year end in September, which might put some pressure on the markets.

The last of the most popular suspicions for these mysterious drops is probably the most frustrating of all – the market drops in September because investors believe the market is supposed to drop in September, so they sell based on fear. As Warren Buffet would say, the stock market is a “psychotic drunk.”

Whatever the reason for the phenomena, timing the market is a sticky habit to get into. It’s great to be aware of trends in the market and seasonality concepts like these, but best not to panic-sell and lock in losses. The market will recover, as it has done historically. Remember, bull markets last much longer than bear markets do.

So, focus on your trading and risk management plans and think about your investment goals, and as usual, never invest more than you’re prepared to lose.