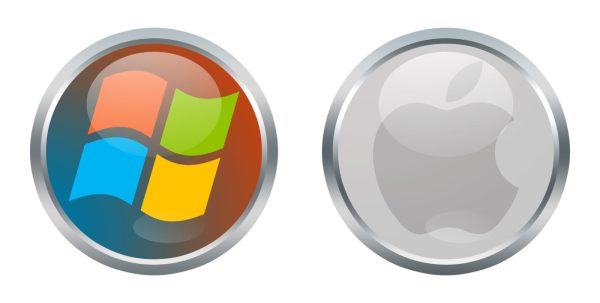 These two tech giants are introducing a solution for a very frustrating problem for consumers.

A major aspect of what the millennials call “adulting” is finding the right devices to fit your individual needs. Figuring out which operating systems and integrations work best for you can make a mountain of difference in your productivity.

While devices are an integral part of our everyday busy lives, digital efficiency can ultimately shave time off of your workload, giving you more time to look away from the screen and do the things you love.

Figuring out which hardware and systems fit your lifestyle feels glorious, like finally getting your foot in that glass slipper. But damn, doesn’t it grind your gears when your ideal cell phone won’t play nicely with your ultimate laptop’s operating system? You’ve found two glass slippers, but the heels aren’t the same height!

Sadly, this is a struggle that so many people are unpleasantly familiar with. This conflict most often occurs between two major makers of laptop and desktop computers, tablets, and mobile devices: Apple  (AAPL)  and Microsoft  (MSFT). 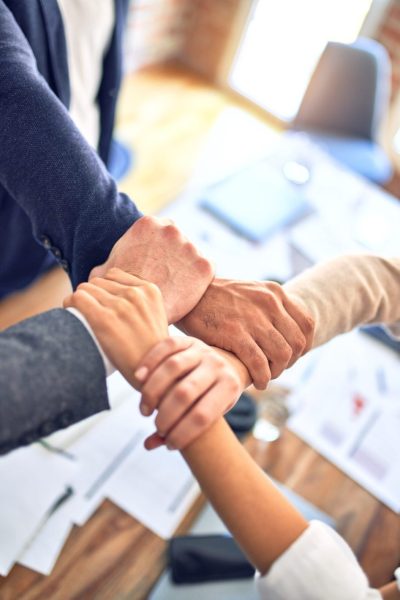 Apple’s Mac computers and iPhones are ridiculously easy to pair up. Thanks to Apple’s “AirDrop” feature, you can send pictures and website links between your computer and your cell phone. Two iPhone users can also AirDrop between phones when they’re close to each other, answer phone calls on their computers using FaceTime or voice calls, and even text from an Apple computer.

Meanwhile, Microsoft doesn’t produce cell phones; instead, the company’s main focus is expanding the capability of its  (GOOG)  document suite, which provides a bridge between Microsoft and app stores that host Google’s series of apps. Microsoft doesn’t have any direct integration features for the Android operating system, which is the most popular alternative to Apple’s iPhone. Android does have its own alternative to AirDrop, but it only works between Android phones and doesn’t extend to Microsoft’s Windows operating system.

What does all this mean? Trying to make your iPhone pair with your PC computer leaves consumers much to be desired. But now Microsoft and Apple are finally giving their shoppers something they’ve been desperately longing for.

Microsoft is Integrating an Apple Function

In a press release this morning, Microsoft announced that PC users will be able to access their photos from their iPhones in the Windows 11 Photos app. In other words, soon you’ll be able to look in Windows and see the Cloud. According to Microsoft:

“Today, we shared steps we’re taking to remove barriers and make it more seamless to connect to what matters across platforms and devices. We’re excited to announce that we’re making it easier than ever for you to access your iPhone photos and videos, and the entertainment you love from Apple on Xbox consoles and Windows devices. Through a new integration with iCloud and the Photos app in Windows 11, you will be able to access all your photos and videos from your iPhone right in the Photos app. It’s seamless, just install the iCloud for Windows app from the Microsoft Store and choose to sync your iCloud Photos.”

Windows Insiders will have access to the feature as of today. For the general public, they’ll be able to try it sometime in November.

Access to photos between operating systems is a big deal. But that’s not the only Apple integration Microsoft is rolling out.

“We also want to help you access the entertainment you love more easily. The Apple TV app is already on Xbox consoles, and starting today, Apple Music will be available there as well. We’re also happy to announce that Apple Music and the Apple TV app will launch on Windows next year. Previews of these apps will be available in the Microsoft Store later this year. We can’t wait for you to be able to listen to your favorite music, playlists, and more from Apple Music, and watch your favorite Apple TV+ series and movies, right on your Windows PC.”

Aside from photos and other kinds of media, users have been eager to see Apple’s iMessage become available on their Windows operating systems. Hopefully, this is the start of a beautiful friendship.