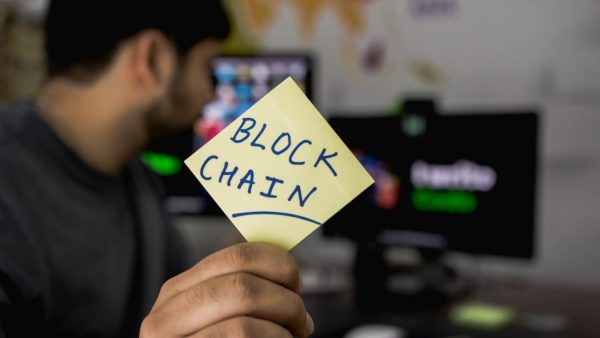 Do you know the possible health passport that could be launched in the coming weeks?

Blockchain technology would prevent counterfeits. Only a few months have passed since the vaccination of the population began and there is already an important part of it that has received the dose for protection against Covid-19. At the present time, they are evaluating how to expand the economy, which has been seriously damaged as a result of confinements and restrictions on mobility.

Among the solutions that are being evaluated, there is one that has received special attention, the ‘Covid passport’. This proposal would allow a whole series of actions to be carried out by people who are theoretically already immunized against the virus. Faced with this situation, can there be falsifications of the certificates to prevent people from taking advantage of the advantages?

Technology blockchain will reduce the incidence of Covid-19 to avoid bad practices, structures based on blockchains or blockchains are beginning to be designed, a revolutionary technology that has generated a lot of expectation for some of its applications. Among them, this digital solution could prevent the falsification of these official reports. So much so that there is already speculation about its standardization.

Some countries like South Korea could implement this methodology to prevent impostors and, ultimately, dangerous actions when it comes to health issues. As can be read in the specialized portal Coin Telegraph, the key to the plan will make sense as the vaccination age decreases, since this population is the one most likely to travel anywhere in the world.

Let us see, therefore, what are the plans that South Korea can establish, why it can be an example to take into account for the coming years in relation to other aspects, and, of course, why its implementation should be immediate. The app will be released in April, and a barrage of vaccinations will be released at that time.

A Logistics Procedure to Ensure Compliance With Regulations

The main problem facing society is controlling the virus while penalizing, to the least extent possible, the economy. That is why border controls can be vital to prevent the spread of SARS-CoV-2. It is a complex situation, so resorting to new digital solutions can be essential to achieve the desired objective. 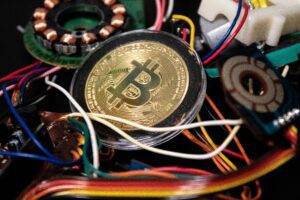 Blockchain technology will allow avoiding falsifications of vaccination in the population. RTVE

Why can the blockchain play a crucial role at the present time? Blockchains, a technology that requires millions of computers to connect to each other, are capable of generating unique codes that cannot be modified in the future. This guarantees that its manipulation or falsification by third parties is not possible.

South Korea could soon use blockchain technology in this way, it is guaranteed that each person who obtains a certificate, that is, the right to use a Covid passport, has been effectively fully vaccinated. Thus, it is possible to obtain a confirmation that said person, theoretically, is immune to the conditions caused by the virus. South Korea is conducting studies to carry out its implementation.

This technology, which is one of the foundations of cryptocurrencies, has proven to be a new branch of digital innovation. It is a crucial moment that, due to ignorance, has not been applied in many other fields in which it could be a differential element in terms of productivity. It has been very popular in other areas, such as digital artwork certification.

A Proposal That Could be Copied by Many Other Countries

The applications of blockchain technology do not stop multiplying. Vaccination has become a benchmark in terms of innovation. Its applications are beginning to make more and more sense. The previous example, however, would mean going a little further due to the logistical complexity involved in vaccinating millions and millions of people.

The vaccination center is a facility that guarantees higher productivity. The United Kingdom, for example, has decided to bet on a system of these characteristics to guarantee the storage of doses of the vaccine. This highlights, once again, how we are facing a new way of understanding data analysis and, of course, the guarantee of its veracity. The key will be to create a network that is efficient in terms of data entry.

The next few months will therefore be fundamental to see to what extent we are facing a solution with a future or if, on the contrary, it is a proposal that should include notable improvements before its standardization. Everything will be decided over the next few weeks.