With the Federal Reserve expected to continue raising rates at least until early 2023, will Q4 live up to its reputation and initiate a market recovery?

Apart from Japan, which has chosen to keep its base interest rate unchanged at -0.1%, the central banks of South Korea, China, the UK, the EU, and the US all raised interest rates on multiple occasions during Q3.

Moreover, inflation rates in all of those countries remain unusually high amid the rising cost of living. As a result, some of the US-listed stocks like Meta Platforms Inc. (META) and Netflix Inc. (NFLX) have experienced a slight increase in their on-exchange short ratios to 1.4% and 2.2%, respectively.

However, their off-exchange short volume rates are substantially higher at 37% and 65%, respectively. Off-exchange volume ratio is the transaction volume generated by derivatives trading platforms. Sophisticated stock traders use these platforms to capitalize on margin trading when markets are trending downwards.

But there are signs that inflation could continue falling in the coming months despite the fears that the US economy could plunge into a recession.

One of the most encouraging economic indicators that inflation could continue to fall during Q4 is the decline in oil prices. The WTI Crude Oil price has fallen more than 23% over the last 3 months.

Energy prices are an important factor in production. Therefore, as oil prices continue to trend lower, the cost of production will improve leading to a lower cost of living. 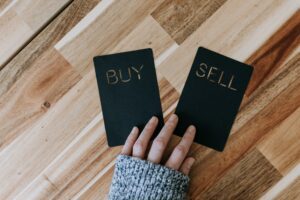 The August US manufacturing and services data came in stronger than expected, boosting the market sentiment. And although the consumer price index was slightly higher than expected with a year-over-year change of 8.3%, the rate was lower than July’s figure of 8.5%, indicating a sequential decline in inflation.

Generally, the economic sentiment is beginning to turn positive, but the picture could be different when it comes to the markets.

With the US Funds Rate expected to rise to about 4.75% by April 2023, investors are cautious about betting on the stock market. There are concerns that the Federal Reserve may be raising interest rates too quickly for the consumer market.

The US consumer credit change for July fell short of estimates with $23.1 billion versus a forecast of $33 billion. This also marked a significant decline from the previous month’s revised figure of $39.1 billion.

Overall, with a cloud of uncertainty still hovering, investors could look for short-term investment opportunities to try to take advantage of the market downturn. Earlier signs indicate that even the holiday season may fail to retest the peak levels achieved during the pandemic.